Cafe Society | Is Coffee Healthy? How much Coffee is Good?

Is Coffee Healthy? How much Coffee is Good?

Is coffee good for you?

If we check statistics about coffee, more than 520,000 people across Europe, also found that people who drink several cups per day had a lower risk of death than non-drinkers.

The National Institutes of Health published similar findings: those who drank at least three cups of coffee daily had a 10 percent lower risk of death. The review examined over 400,000 men and women ages 50 to 71.

However, it’s important to note that these studies are simply observing trends between coffee consumption and health; they don’t determine if the coffee actually leads to health benefits. (usatoday.com) 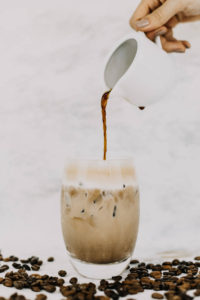 How much caffeine is too much?

For healthy adults, the FDA has cited 400 milligrams a day that’s about four or five cups of coffee as an amount not generally associated with dangerous, negative effects.

However, there is wide variation in both how sensitive people are to the effects of caffeine and how fast they metabolize it.

The risk of caffeine overdose increases as the concentration of caffeine in the product increases, meaning even small dosages of a highly concentrated product could lead to dangerous effects.

Just one teaspoon of pure powdered caffeine can contain the same amount of caffeine as 28 cups of coffee, and a half cup of a liquid highly concentrated caffeine product contains the equivalent of more than 20 cups of coffee.

These are toxic amounts that can have serious health consequences, including death. (fda.gov)

In Addition, German researchers think it has found a possible answer, and it has to do with how the cells in our blood vessels react to caffeine.

Four cups of strong coffee a day might be the recipe for a healthy heart, especially for older adults.

The researchers think the caffeine level required for optimal heart health is about four shots’ worth of espresso a day, though everyone’s caffeine concentrations will be a little different.

Does the way coffee is prepared matter? 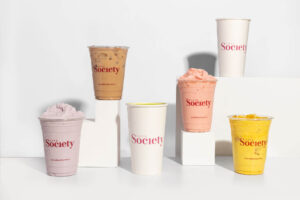 “All of these different aspects affect the taste but also affect the compounds within the coffees,” said Neal Freedman, a senior investigator with the National Cancer Institute.

“But it’s not clear at all how these different levels of compounds may be related to health.” Roasting, for example, reduces the number of chlorogenic acids, but other antioxidant compounds are formed.

Espresso has the highest concentration of many compounds because it has less water than drip coffee.

Espresso has the highest concentration of caffeine, packing about 70 milligrams into one shot, but is consumed in fewer quantities.

By comparison, a typical 350ml serving of drip coffee has 200 milligrams of caffeine, more than instant’s 140. And, yes, brewed decaf has caffeine, too – eight milligrams – which can add up. (irishtimes.com)